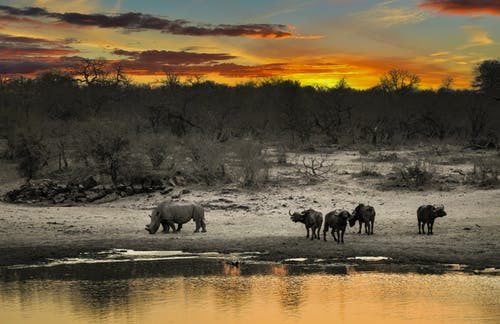 Animal lovers the world over, including the African Wildlife conservation community, continues to lament the loss of more animal species.

Did you know? The Union for Conservation of Nature officially declared the Western Black Rhino extinct after the last was spotted in 2006.  A sad day indeed…

Another loss is the Alaotra Grebe, a small water bird from Madagascar. It was declared extinct in 2010 after falling prey to poaching and becoming ensnared in fishing nets.

They joined these other fallen African species:

If you’re looking to support African wildlife conservation efforts, plenty of hard-working groups are making an impact. This is our short list of worthy groups that deserve support.

Africa is a continent full of exotic wildlife. Many endangered and extinct species, including the Western Black Rhino, once thrived in Africa.  Then poachers began to exploit this array of life.

The African Wildlife Foundation aims to ensure the wildlife and wild lands of Africa endure forever, and it does this through its myriad projects, such as the Bwindi mountain gorilla census and conservation efforts of the Great Fish River rhino and the West African giraffe.

Furthermore, eighty-five percent of donations go toward programs that include animal protection, national park revitalization and investment in African communities.

Click here to donate to the African Wildlife Foundation.

Working to save the endangered mountain gorillas, a species on the verge of extinction, Gorilla Doctors is a team of veterinarians whose focus is the use of veterinary medicine, science, and a One Health approach.

They have been dedicated to this mission since the mid 1980s. This group continues the work of the late Dian Fossey, who gave her life to, and for, her passion to save these magnificent creatures.

But the AWF isn’t the only organization working to protect Africa’s wild habitat. The David Sheldrick Wildlife Trust specializes in protecting endangered African species such as elephants and black rhinos.

At the heart of the trust is the Orphans’ Project, in which staff raises young wildlife in an environment that protects them from poachers and other dangers.

Sheldrick was a famous naturalist and founding warden of the Tsavo East National Park.

His passion for wildlife lives on the through the care and protection of animals he loved. Donations go toward funding the Orphans’ Project and protecting animal populations.

Click here to donate to the David Sheldrick Wildlife Trust.

The World Wildlife Fund has been coming to the aid of endangered animals since 1961.

The WWF has an impressive resume; for example it includes bringing back the Amur tiger and black rhinos from the edge of extinction. The WWF has the influence to effect political policy and structure to make a difference on the ground in Africa.

The WWF also allocates some of its resources toward the issue of climate change.

Click here to donate to the World Wildlife Fund.

Founded in 1895 as the New York Zoological Society, the Wildlife Conservation Society has subsequently grown into an influential international organization.

The WCS remains active in the protection of elephants, hippos and big cats. Their methods include the use of population surveys, camera traps and radio collars. The WCS has offices in Rwanda, Zamibia and Madagascar, where it is able to facilitate long-term conservation solutions.

Click here to donate to the Wildlife Conservation Society. 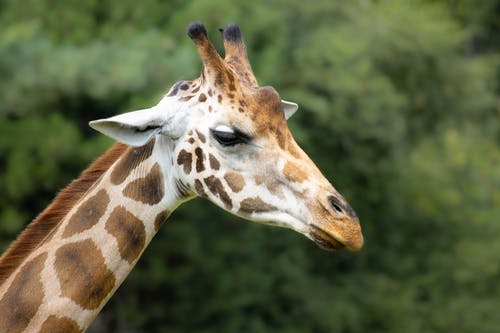 The International Fund for Animal Welfare

To begin with, the IFAW was founded in 1969 to stop the commercial hunt for whitecoat seals in Canada. It has since grown into a global non-profit with projects worldwide, including Africa. They rescue, rehabilitate, and release animals as well as restoring and protecting their natural habitats. IFAW partners with local communities, governments, non-government organizations and businesses.

Above all, one of the guiding principles of IFAW is that humans have a moral responsibility to provide for animals that depend on them. Indeed, that responsibility extends to protecting wild animals and their habitats from human harm.

Click here to donate to the International Fund for Animal Welfare

All of these groups are working hard in the hope that they can save endangered species from extinction.  As previously stated, they do rely greatly on donations from concerned animal lovers.  But no matter what, they continue in their efforts to save the wildlife of Africa.

Enjoyed this article? Here are three more you’ll like too:

Exploring animal telepathy: How to send a powerful message in 3 easy steps. 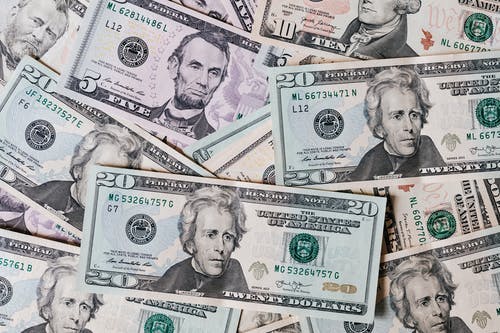 This article was previously published September 24, 2014, and was updated April 29, 2022 Pet surgery is nearly always an unexpected expense Once you’ve had a furry friend living with you for long enough, it becomes part of your family. And like family, if it were to ever be injured or ill, you want it […]
Learn More 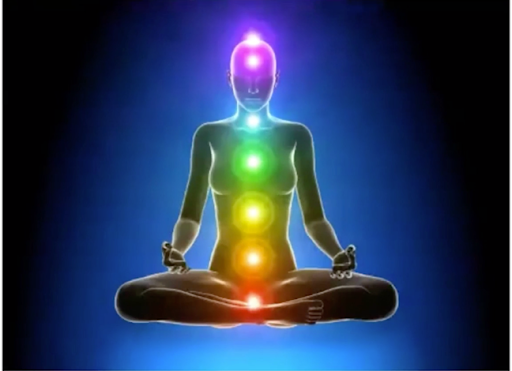 What Are Chakras, and How They Help Heal You and Your Pet

What are chakras, and how do they help heal you and your pet? What are chakras and why is it important for an animal lover to understand them? I’ve been studying energy imbalances and mastering alternative healing therapies since the 1980s. My journey took me through Neuro Linguistic Programming, meditation, to the Lionheart Institute in the […]
Learn More 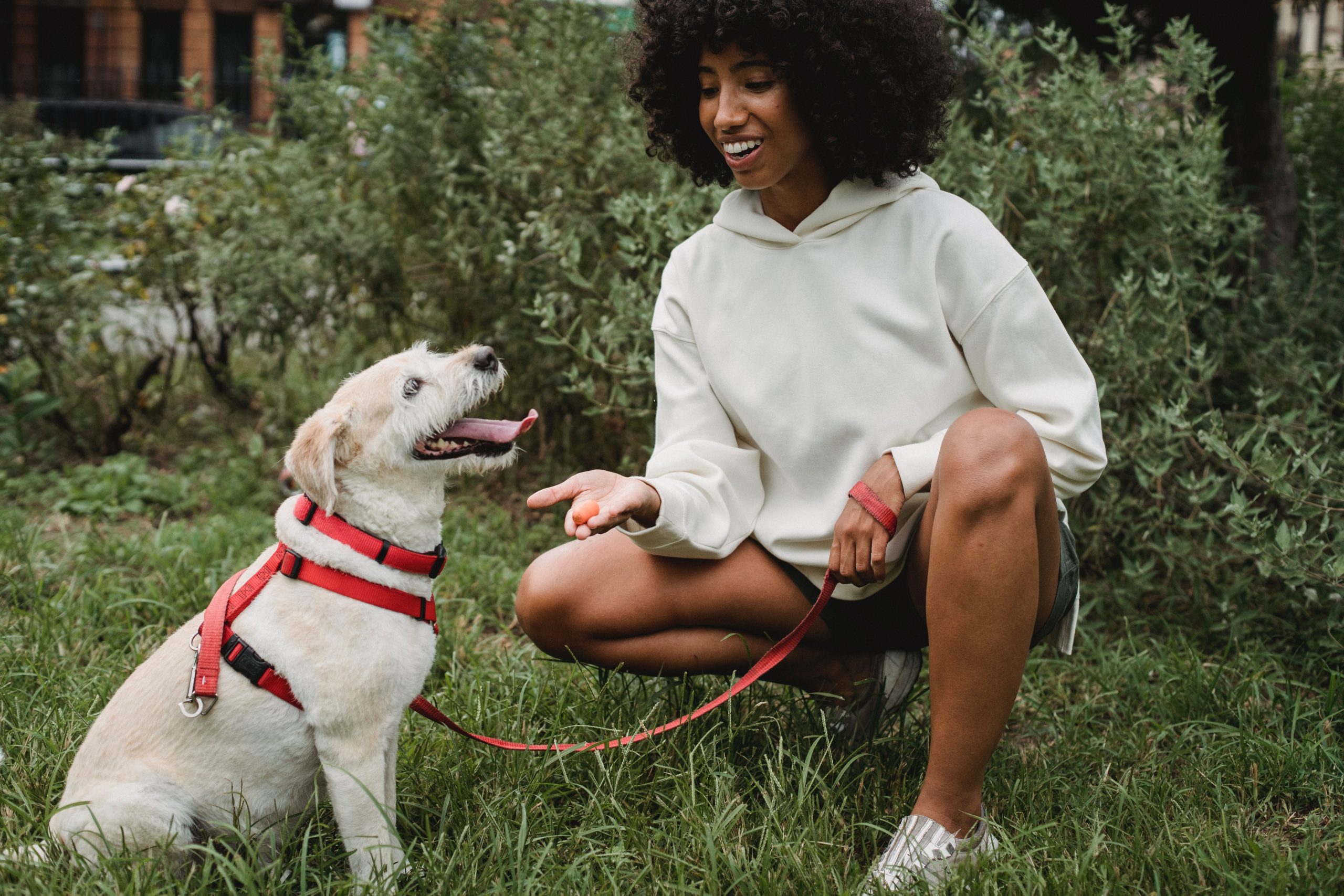 What is the Biggest Mistake Dog Owners Make? I just came across this fantastic free online workshop on training a dog from the K9 Training Institute that I recommend that you sign up for right away. This is the first workshop of its kind that is designed to help “normal” dogs like yours have the […]
Learn More