Have you ever been afraid while horseback riding (or doing anything else for that matter!)? Of course you have. But you don’t have to be paralyzed by your fears.

Remember, courage when horseback riding is not the absence of fear. It’s being afraid and doing what you want or need to do in spite of fear. (I think John Wayne said, Courage is being scared to death but saddling up, anyway.)

Let’s think outside the box for a moment and perhaps change your attitude toward fear a little.

Fear means you’re growing.  Every time you stretch yourself, aim a little higher, or take a risk, you’re going to experience some anxiety. So fear itself is not the issue. Fear doesn’t make you a coward. There’s nothing wrong with being afraid.

Fear only becomes an issue when it paralyzes you and prevents you from doing something you really want to do. Besides, if you’re not afraid at times, it just means that you’re not stepping out of your comfort zone and living big enough.

So, rather than interpreting fear as a signal to retreat, think of it as a cue to take action. If fear goes hand in hand with growth, why would you want to avoid it completely? Instead, think of fear as a sign of your development and look at it as a companion that accompanies you on all your exciting adventures.

Once you take action, you’ll find that action cures fear. You see, you might think you’re safe if you stay in your comfort zone.  But refusing to push through your fears actually leaves you with a greater sense of dread because your fear grows into an unmanageable monster.

So, take a small risk every day. That’s not to say that you should take foolish chances.  Always make sure you’re well prepared for the task at hand.  But taking a well-thought out risk will make you feel great.  And even if it doesn’t work out, at least you’ve made an effort. You’re not sitting back powerless and immobilized by your fears.

In the last section, I explained how your subconscious mind is just waiting for your instructions. One of the fascinating things about this process is that the subconscious is nonjudgmental.  It doesn’t care if the goal you give it is positive or negative.  It just moves you relentlessly toward what it thinks you want. Like the genie in the bottle, your subconscious mind says, Your wish is my command.

For example, if you repeatedly say, My horse isn’t ready to compete, and this show is probably going to be a disaster. Or I’m a basket case when I compete and can’t sleep the night before, or I’m afraid my horse will have a mental meltdown if I ask for more collection, the words disaster, basket case, and meltdown become the goals.

Or let’s say you keep your fears to yourself and don’t verbalize them.  BUT you’re gifted with an extremely vivid imagination.  You can picture potential disaster in great detail like the rider who told me she had a very distinct mental image of what would happen when she asked her young horse to canter.  She clearly saw him launching her into the air where she did a perfect full twisting somersault before landing unceremoniously flat on her back in the dirt!

What can you do to prevent an image like that from becoming your goal? First, when you find yourself picturing something horrible, do some thought stopping.  There are all kinds of ways to do this so choose a method that’s easiest for you. For instance, try saying the word, Clear or Quit! to quiet your mind and erase the negative pictures.  Or picture the thing you fear the most, and then draw a big, black X through it.

Or try this.  Go out and have a look at a stop sign.  I mean really study it.  Memorize the details – the size, shape, colors, and style of letters. Then when your mental demons plague you, superimpose that stop sign in your mind’s eye over the image of whatever it is that you dread.

After you’ve done some thought stopping, the next step is to reprogram your mental computer through self-talk and imaging.

Find buzzwords that empower you.  One of my students froze every time she thought her horse was going to wheel around and take off in the opposite direction.  Her catch phrase became “Take charge” and that mobilized her.  Another rider who tended to be too conservative in competition used the phrase “I’m a risk-taker”.

Or consider the fact that if you truly believed that you could handle anything, you’d have nothing to fear.  So, your motto becomes “Feel the fear and do it anyway. So what if my horse bolts – I can handle it!”  (By the way, it’s not a runaway unless you try to stop!)

As far as imaging goes, I’m a great advocate of visualizing the ideal scenario because I believe that perfect practice makes perfect.  However, if you find it difficult to do perfect practice, do some coping rehearsal instead.

For instance, let’s say it’s early spring and you’re getting ready for the first competition of the season.  You’ve been preparing diligently all winter and you’re psyched. As you tend to all the last minute organizational details, you reflect about how much fun it will be to take your 4 year old, chestnut thoroughbred mare to her first competition.  Your sense of anticipation stays with you right up until the time that you go home, listen to the evening weather report, and hear that there’s an arctic cold front blasting in overnight.  The temperature is going to plummet some 30 degrees and the wind will be gusting to 45 MPH.  To top it all off, your ride is at 7:45 A.M  And you think, I’m gonna DIE!

Rather than visualizing being catapulted into outer space, do some coping rehearsal instead.  Watch the whole disaster unfolding. See it in great detail.  And then continue your mental videotape until you see a successful resolution to the scenario.

For example, you take your horse off the trailer. She’s dancing around and screaming hysterically to the other horses. It takes two people to hold her steady enough so that you can tack her up.  As soon as you mount, you feel a hump in her back and her tail goes straight up like a flag. You piaffe out to the warm-up area (by the way, she doesn’t even know how to piaffe).

As you begin your warm-up, she begins to buck exuberantly.  BUT THEN You realize that during all of her antics, you’re never actually unseated. (See, You can handle it!)

Your breathing gets slower and deeper, and you begin to relax.  After those initial exciting moments, your horse settles down to business.  You proceed with your usual warm-up and then go into the ring to have the ride of your life! 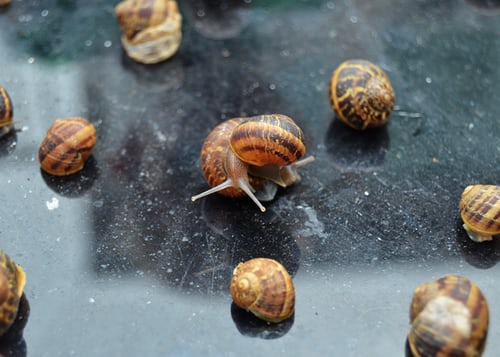 The Snail That Got Away – my 1st Entrepreneurial Venture Not many people know this, but my first entrepreneurial business when I was 28 years old was as a snail farmer!  I was so excited!  I joined the Snail Farmers Association of America. My company was called Texcargo (a play on the word Texas and […]
Learn More 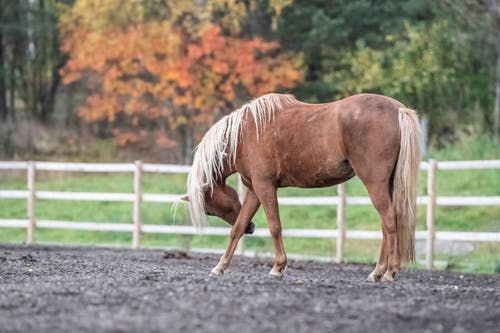 Do You Have a Lame Horse But You’re Not Sure Why?

Are You Trying To Figure Out How To Help Your Horse Recover From Lameness or Injury? If you look back at the lineage of racehorses, you’ll see a distinguished bloodline. Thoroughbreds – or “hot bloods” as they’re also known – are fascinating, spirited, and intense. They arrived in America from Great Britain in the late 1700s […]
Learn More 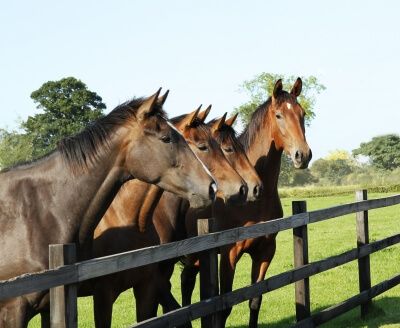 Did you know that Iodized Salt Can Make Your Horse Healthier?

All full-sized horses require at least one ounce (2 tablespoons) of iodized salt per day and as the iodine content of grass is way too low to measure, your best bet is to rely on supplementation, either from salt or other sources, to ensure your horse’s needs are met. The ideal diet for a healthy […]
Learn More